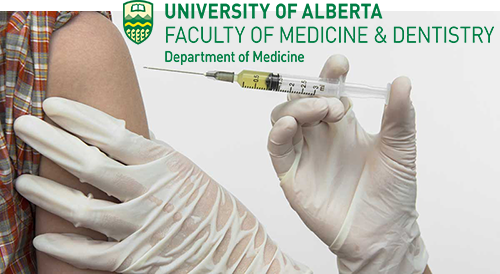 Alexander Doroshenko, Weicheng Qian and Nathaniel D. Osgood from the Division of Preventive Medicine at the University of Alberta in Canada were recently published in PeerJ, an Open Access, peer-reviewed, scholarly journal. It considers and publishes Research Articles in Biological and Medical Sciences.

The objective of the University of Alberta project was to investigate the effect of outbreak response immunization (ORI) among adolescents as an emergency public health intervention in light of a recent re-emergence of pertussis outbreaks.

ORI is supplementary immunization given over and above the routine vaccination schedule, including to those who may be fully immunized or those who did not receive their scheduled vaccines. Potential benefits of ORI could accrue both in the short-term (terminating or limiting an ongoing outbreak) and long-term (preventing future outbreaks) and may extend to age groups other than the age group for whom ORI was targeted. The relevance of this intervention to all population (all other age groups) reflects the fact that interrupting transmission among mostly affected group may also decelerate transmission to other age groups with whom these individuals come in contact. Furthermore, it is very important to see whether stopping outbreak in the ORI target group can have a material effect on a particularly vulnerable population—babies under 1 year of age.

An open model population of initial size 500,000 was simulated in continuous time using AnyLogic 7 software. The full paper is available for review on AnyLogic.com.