As the operating company of several major international airports, Fraport AG is one of the main “Global Players” in the airport industry. With more than 140,000 passengers per day and over 80 aircraft movements per hour, Frankfurt airport — an aviation hub of worldwide significance — is Fraport AG's busiest airport and its home base.

Between 1980 and 2010, the annual passenger flow through Frankfurt airport has more than tripled from 17 million to 53 million. In its 75-year history, the airport has gone through a variety of construction projects in order to adapt the facilities and meet increasing demands. The result of these adaptations is a very complex structure and the necessity for airport optimization technologies. 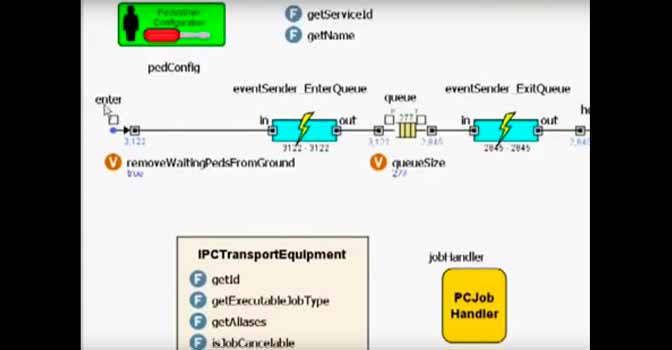 Core to the forecast methodology is an airport simulation model that was developed by acp-IT AG on behalf of Fraport AG. This airport model is based on the acp-IT InFrame Synapse Simulation Suite and the simulation software AnyLogic.

In addition to meeting simulation accuracy demands, the target was to achieve very high-performance passenger flow forecasts, looking several hours ahead and calculated within a few minutes. All the essential characteristics that affect passenger flow in the airport had to be considered. This meant that in addition to the 26 security check points, 8 boarding pass check points, 15 border control points, 90 stairways and elevators, 266 gates, 1 tunnel and 3 SkyLine stations, accurately modeling the passengers themselves. For their representation, a simple mathematical model, a trajectory model, and a, so-called, social force model, which considers the interaction between people, were implemented and compared for accuracy and performance.

Since the summer of this year, the terminal management of the Fraport AG has successfully been using the airport simulation model to optimize passenger flow. The simulation is run almost 300 times per day and about 15 GB of data is generated. With the help of passenger flow management it was possible for 5.5 million passengers to pass through the airport, marking the most successful month in the history of the airport — without any problems. 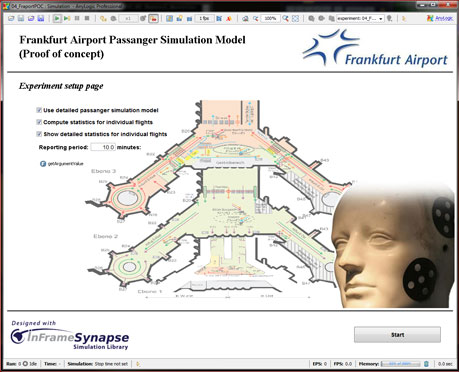 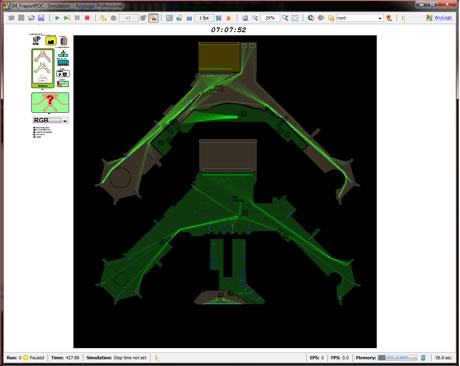