Dimensioning of Bike Sharing Systems in the City of Leon, Guanajuato, MX 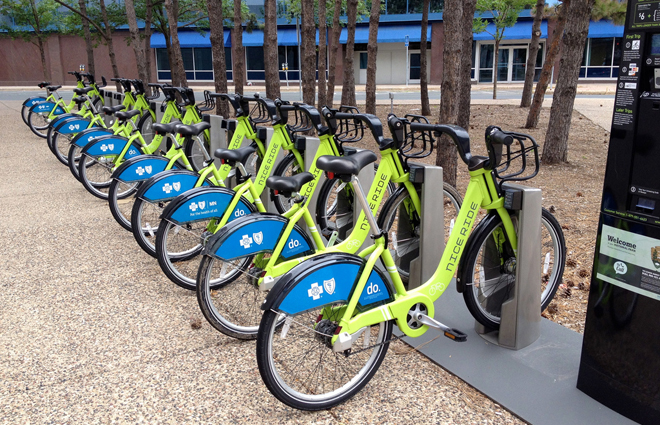 A smart bike sharing system can provide fast and easy access to public transportation where short trips are common for a large portion of the population. Urban planning officials in the City of Leon, Guanajuato, Mexico believe the socioeconomic conditions along with its societies adherence to this mode of transportation combined with the urban trace and physical conditions encourage the adoption of a bike sharing system.

The City of Leon contracted Karla Margarita Gamez PÃ©rez, Eleazar Puente Rivera, and her team from The University of Monterrey to research the possibility of a bike sharing system prior to implementation. Karla's team chose AnyLogic Software for simulation modeling to carry out the design and dimensioning of the system.

The project included previously established and known station locations and a dynamic simulation model for evaluating and determining the ideal number of bicycles. In addition it allowed them to identify the stations with the highest occupation levels as well as defining the number of parking lots per station. Ultimately the model enabled the City of Leon to understand the level of unsatisfied demand, service quality and system utilization.

On behalf of the University of Monterrey, Karla Gomez presented her team's project at the AnyLogic Conference 2015. The recorded presentation and case study are available on AnyLogic.com.