Food security is a complex sustainable development issue, linked to health through malnutrition, but also to sustainable economic development, environment, and trade. Issues such as whether household’s population get enough food, how it is distributed within the household and whether that food fulfils the nutrition needs of all members of the household is an ongoing problem in developing countries. An International Civil Agency employed a Major Consulting Firm to analyze food insecurity in developing countries and cultivate a system that enables an economy to prepare for and halt possible food insecurity.

The consultancy chose AnyLogic to explore the impacts of food insecurity in developing countries by building a population simulation that leverages Household Economy Analysis (HEA) and places it into a System Dynamics and Agent-Based modelling framework. The population simulation model allowed the Consulting Firm to explore how different mitigation strategies could be employed to reduce or eliminate the human impact of a situation that might otherwise lead to widespread food insecurity.

Household Economy Analysis divides the area under consideration into Livelihood Zones (LZs). A LZ is defined as an area within which, people of the same socioeconomic status make their livings in about the same way (e.g. small land hold farming, or nomadic herding, etc.). The population is then divided into socioeconomic levels, called Wealth Bands (WBs) (e.g. very poor, poor, middle, and better off). By using historical data about the existing population, as well as field work conducted by a partner firm, the consultants were able to build out a System Dynamics population simulation model showing how cash and food flowed into and out of a typical household in each WB.

These typical households were then replicated in the population simulation model as agents, keeping the relative proportion of people in each Wealth Band consistent with real-world data. The agents made decisions annually about crop production (if their LZ and WB contained crop cultivation). Additionally, each agent had an individualized level of risk tolerance and engaged (or didn’t) in pre-defined coping behaviors according to the severity of any perceived upcoming food shortage in the context of that risk tolerance. 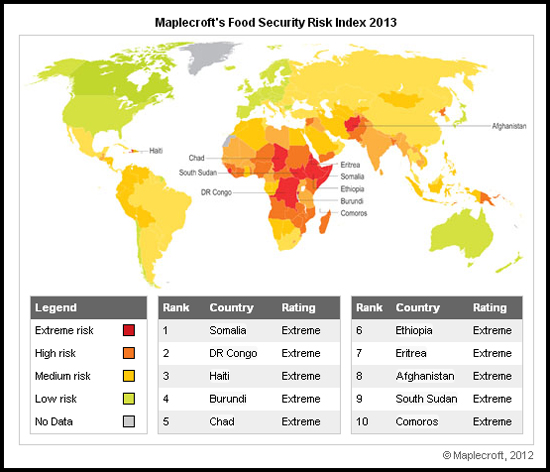 In conclusion, the consultancy obtained a simulation model of a heterogeneous population that reacts to potential upcoming food insecurity in ways that are more realistic at the population level. In addition, the International Civil Agency gained the ability to deliver food and cash assistance to each wealth band, according to their own schedule.

The research allowed for the exploration of a variety of aid distribution methodologies which ultimately is utilized by the Agency to battle food insecurity.