The European Institute for Energy Research (EIFER) is a joint research center created by Karlsruhe Institute of Technology and EDF. It works on the decentralization of energy systems in various territories and promotes renewable energy sources. Localized energy systems, unlike classical ones, do not need to transmit electricity over long distances, as they are located close to the load they serve.

Local energy grids are often more at liberty to accommodate power storage, renewable energy sources, and smart technology related to demand forecasting. EIFER engineers chose AnyLogic simulation modeling to determine how localized systems with various novel features could be implemented. The software allowed the design of multiscale models, representing all parts of the energy system, and allowed the investigation of the causes and effects of phenomena throughout a system. With AnyLogic, the institute also modeled the handling of emergency situations that might affect a decentralized energy system.

Energy production on island territories is expensive and often depends on the cost of oil. As part of its work to reduce oil dependency and help cut costs, EIFER wanted to test how the inclusion of photovoltaic solar power would affect classical energy systems in such territories.

The current system comprised three grid levels based on voltage. The area with the lowest voltage (the consumer level) was chosen for the implementation of photovoltaic solar. After the inclusion of solar panels in the model, experiments were run to understand the effect they could have on the whole system and how to avoid blackouts or brownouts.

A scenario with the island partly covered by clouds was designed to test system stability. This lead the analysts to discover that under certain circumstances thermal power generation during times of cloud cover could cause system imbalances.

EIFER researchers study not only new ways of energy generation but also existing ones, namely co-generation. This process involves the simultaneous generation of electricity and useful heating, cutting production costs overall. It is one of the most cost-efficient methods for reducing carbon emissions.

EIFER engineers used AnyLogic to model and optimize a co-generation energy system’s behavior and find out how its various energy sources interact.

An agent-based model represented the co-generation plant's electricity and heat production, households, and other tertiary sector consumers. The heat went to households, whereas electricity could go to households or to the grid. The model's output statistics showed how energy was distributed among the consumers and made it possible to analyze capital and operational expenditures.

AnyLogic helped represent the energy system holistically, connecting different systems and entities in one model. Thanks to AnyLogic's extensibility, a modeling library was created to make it simpler to reuse custom blocks and agents in other models. And, for end-users, a user-friendly interface simplified the interaction with the model.

Statistics from simulation model runs allowed EIFER analysts to discover seasonality factors and how they affect the energy system, as well as observe related economic indicators.

Energy systems are made up of multiple levels and are subject to numerous external factors. With AnyLogic simulation software, it is possible to model complex systems and uncover issues connected with variabilities and interconnections, demonstrating how alterations in one area can affect the whole system. 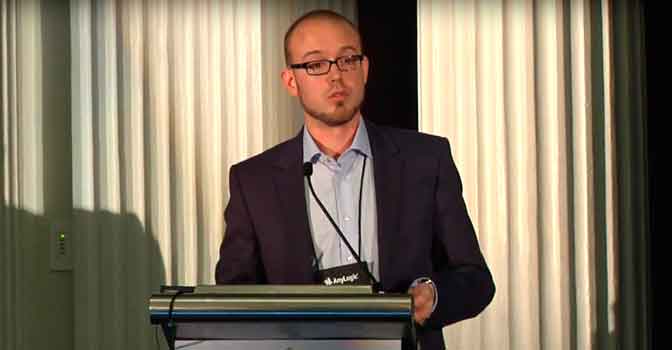