Introduction to the problem

In the last few years, there has been an increase in the number of accidents involving pedestrians in Mexico City subway. According to the local government, if a pedestrian on a platform crosses the yellow safety line, there is a high probability they will fall onto the tracks. Such accidents usually happen due to distraction, psychological problems or if a person is under the influence of alcohol or drugs.

A possible solution to this problem is the installation of physical barriers. These barriers run the length of a platform, separating the platform from the tracks, and only have small openings to allow pedestrians on and off trains.

This pedestrian flow simulation research supported the decision-making process of the Mexico City government with regards to the installation of physical barriers on a subway platform to prevent suicides. 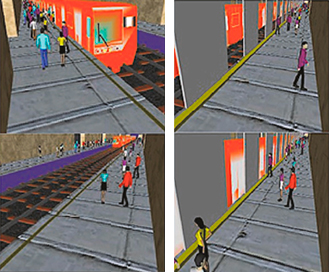 Simulation model of the Zocalo subway station without and with barriers

The research team built an agent-based simulation model of the Zocalo subway station in Mexico City. They considered two agents – pedestrians and trains. To simulate pedestrian flows, they used the AnyLogic Pedestrian library. And, for the subway trains, they used the AnyLogic Rail library – the library allowed them to accurately simulate the dimensions of individual cars, the exact locations of tracks and switches, and so on. For this model, they also used the software’s 3D animation feature.

In the simulation, the team considered two scenarios – with and without barriers. They observed the pedestrian flows in both cases and analyzed the barrier's effectiveness by running 100 simulation experiments.

Through the pedestrian flow simulation model, the team imitated the operation of the real Mexico City subway system to test the solution for preventing accidents before installing real barriers. The results showed that barriers reduced the death rate of those attempting suicide by 60%. 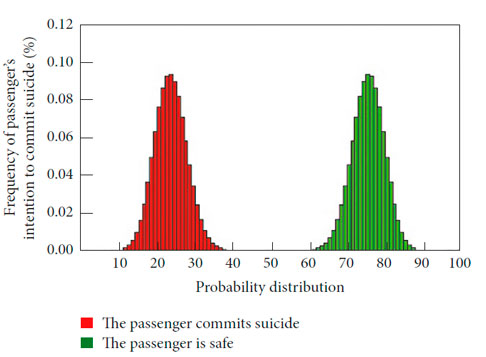 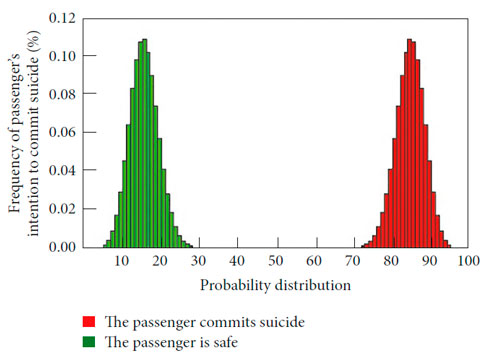