Vale is a Brazilian multinational corporation engaged in metals and mining. It is also one of the largest logistics operators in Brazil.

The company wanted to maximize the productivity of its open-pit coal mines in Moatize, Mozambique. To test different scenarios without disrupting the operations, Vale opted for simulation modeling and contracted with Genoa, a decision support company specializing in optimization and simulation.

Each mine has several mining fronts from which various coal types are retrieved. Retrieved coal is moved by trucks either to the crusher or the ROM pad next to it. Along with coal, mining extraction machines also retrieve waste that has to be transferred by truck to waste deposits.

Extracted coal passes through a crusher and then goes to plants where it is processed. The plants produce three types of products: thermal (steam) coal, metallurgical (met, coking) coal, and a subproduct called tailings. The tailings are moved to a silo by a conveyer and then to the tailings dam by a truck.

In the mining model, the engineers also considered the shift times of staff working on the site, as well as equipment failure and maintenance.

Why AnyLogic for mining optimization?

During the first stage of the project, Genoa built an optimization model with an external solver to maximize the transportation capacity in the mines. Then they used the optimization model’s outputs as inputs for the mining operations simulation model.

In AnyLogic, the engineers visualized the results provided by the optimizer using charts, diagrams, and timelines. In addition, the software also allowed the analysis of other key open-pit management metrics, including:

Thanks to AnyLogic’s capability to import external Java libraries, the team could import and use the data from their optimizer directly inside the simulation model.

Using the optimization results data, the engineers built a simulation of coal mining operations that showed how the mine’s processes could be improved. The team used discrete-event modeling as the main approach for modeling equipment and machinery movements. To simulate truck behavior in detail, they also used agent-based modeling and statecharts.

Genoa built a simulation model of coal mining operations in Moatize, Mozambique. Using an external optimizer, they determined the best truck fleet size and maximized the amount of coal that could be transported, while also considering the transportation of waste and tailing constraints.

Vale can now use the simulation model to assess different mining operations scenarios and visualize and compare results. They can also analyze the mine’s performance with different truck and equipment fleets and simulate shift and maintenance policies.

For further model improvement, the team considered modeling mines as a population in AnyLogic, which would help scale the model for other scenarios. Finally, to simulate the movement of the trucks in detail, they could use AnyLogic Road Library instead of schematically drawing the routes.

Genoa presented this case study at the AnyLogic Conference 2021. 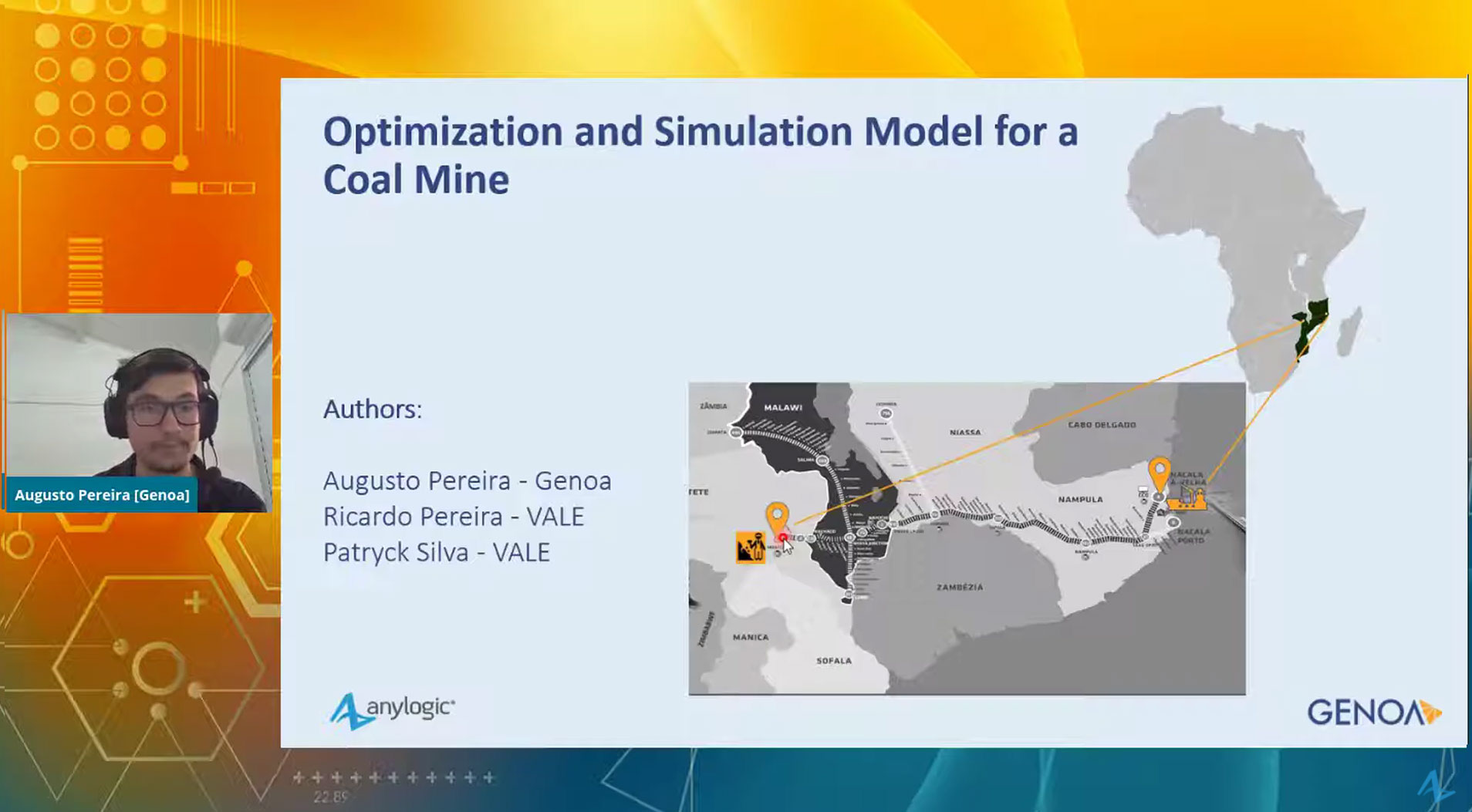