In many areas of science, like computer science or electrical engineering, modeling languages have been established, however, this is not the case in the field of discrete processes (Weilkiens 2006). There are two reasons which motivate such a development:

In this paper, we present our first steps in developing a simulation-tool-independent description of production systems and first ideas on how to convert such a general model into simulation-tool-specific models. 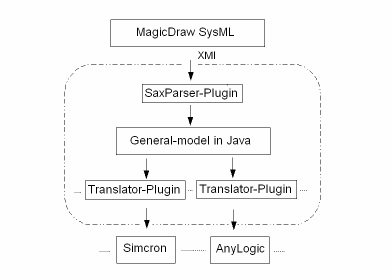