The experience of leading economic regions, including countries of the Baltic Sea region, shows that electric transport can potentially substitute traditional transport technologies. Based on an authentic model of system dynamics, the authors propose a new approach to simulation modeling of the dissemination of electric vehicles in a given region.

The proposed model allows the authors to take into account the key systemic feedback loops between the pool of electric vehicles and the charging infrastructure. System dynamics is based on the interaction of stocks and flows. A key feature of system dynamics models is the possibility to model feedback effects (including those with delay function) between variables.

The flexibility of the system dynamics approach providing for numerical modeling makes it possible to use arbitrary relations between variables and remove the requirement for a system to be analytically solvable.

The proposed system dynamics model made it possible to identify measures required to stimulate EV demand in a region with a low level of electric transport development. The simulation model was built via the AnyLogic software. 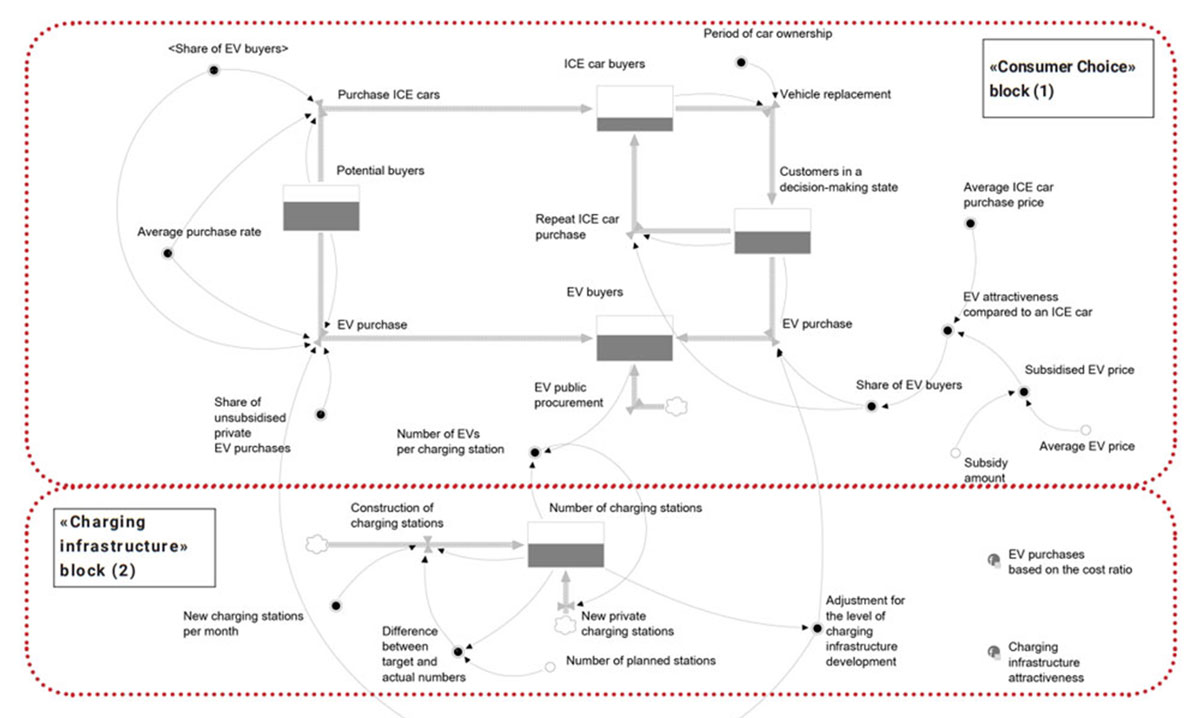 The advantage of the system dynamics model is that it can be constantly calibrated and adjusted based on empirical observations on system development.