Recent US healthcare reform debates have triggered substantial discussion on how best to improve access to insurance. Colorectal cancer (CRC) is an example of a largely preventable condition, if access to and use of healthcare is increased. Early and ongoing screening and intervention can identify and remove polyps before they become cancerous. We present the development of an individual-based discrete-event simulation model to estimate the impact of insurance expansion scenarios on CRC screening, incidence, mortality, and costs. A national repeated cross-sectional survey was used to estimate which individuals obtained insurance in North Carolina (NC) after the Affordable Care Act (ACA). The potential impact of expanding the state’s Medicaid program is tested and compared to no insurance reform and the ACA without Medicaid expansion. The model integrates a census-based synthetic population, national data, claims based statistical models, and a natural history module in which simulated polyps and cancer progress.

The NC-CRC model was developed by the University of North Carolina and North Carolina State University using AnyLogic simulation software, which is built on an object-oriented programming language, Java. The primary object in the simulation is the person; the simulation of the events within the lifetime of a single person determines the length of the simulation. The replication terminates when the person dies. There are three distinct modules including natural history, demography, and screening and testing. Interventions, such as insurance change dynamics are then overlaid onto the model. 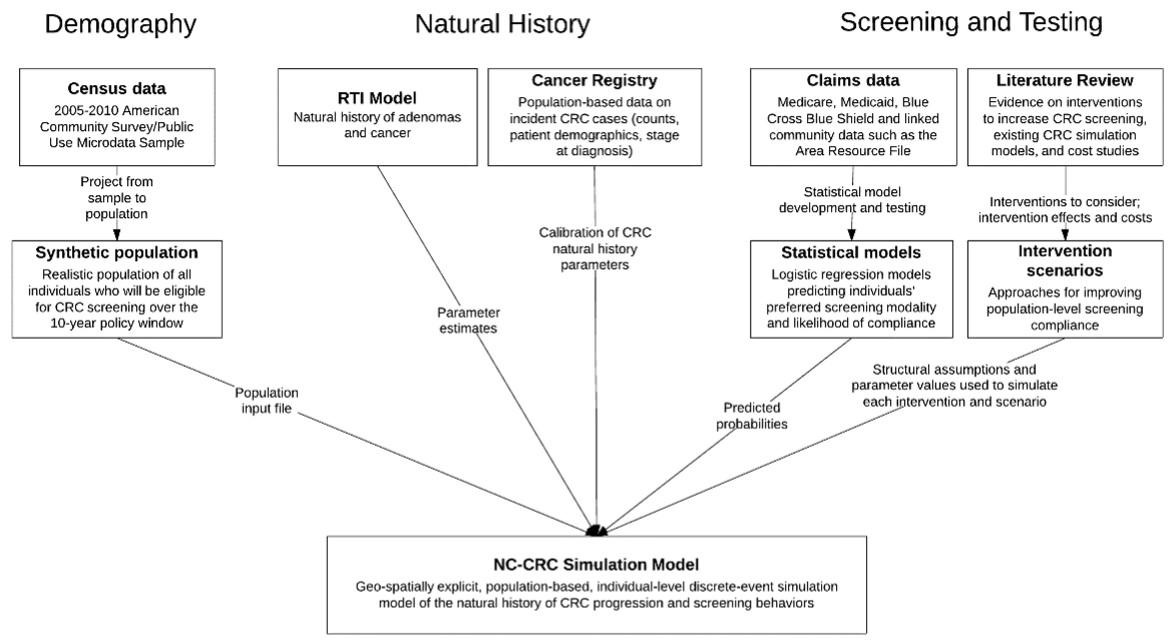