Climate change and environmental impact are hot topics in Germany. In 2019, EU parliament issued a directive that stated by 2025, 45% of public buses should be low- or zero-emission. This ratio was expected to grow further over the next five to ten years.

In light of this, SimPlan, a simulation and optimization service provider based in Germany, ran a project with the city of Hanau and Frankfurt University of Applied Science. The goal was to model and develop a digital twin of municipal electric vehicle (EV) fleet operations.

Firstly, the electric vehicle fleet has travel range limitations compared to conventional diesel-fueled vehicles. A conventional bus has a range of 500 km, while a BEV and FCEV will only be able to cover 300-350 km.

The problem is that this EV travel range is less than the public transport’s current tour distance. Consequently, vehicle schedules and routes would need to be adjusted for the new EV-based fleet mix.

Secondly, the charging process is non-linear. How quickly an electric vehicle charges depends on its state of charge, the amount of power available at the charging stations, and the number of vehicles charging at the same time.

To build an EV operations simulation model, SimPlan first needed to gather data on the vehicles (their type, travel range, consumption), schedules, locations of bus stops and garbage containers, costs, and so on. The data was imported from Excel into AnyLogic.

During modeling, SimPlan discovered four additional routing restrictions that had to be considered to accurately capture the systems’ behavior:

For the electric vehicle operations models, SimPlan also created a custom user interface so that users can easily configure them and run scenarios.

One of the models that SimPlan built for this project was an electric bus operations model. On the settings screen a user can choose vehicle types (diesel, BEV, FCEV), select the number of each type in a fleet, and set the number of charging stations in the depot, and their maximum power. The user can also select an option to consider the temperature effect on vehicle energy consumption. 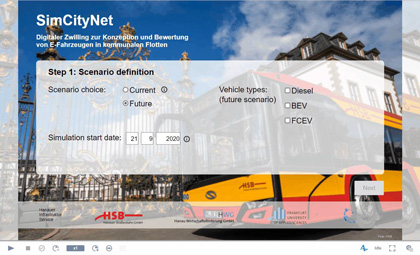 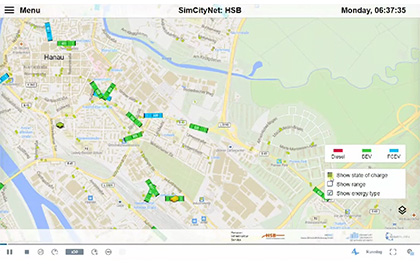 On the map view of the model, the user can see different types of buses moving on the streets of Hanau, their states of charge, energy types, stops, and the charging station (the depot).

The second model SimPlan built was a garbage collection simulation. Because the settings are similar to the previous model, we will only highlight the differences in the map view. 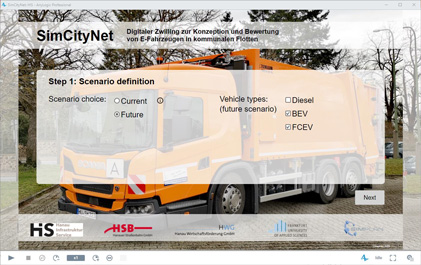 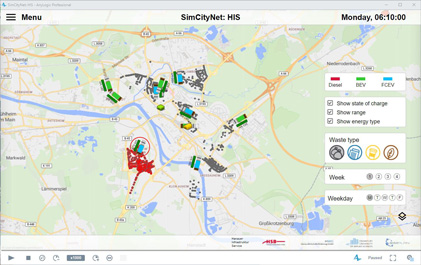 On the model screen, a user can see not only garbage trucks moving on the streets of Hanau, their states of charge, energy types, and the charging station (the depot), but also containers for specific garbage types. The user can also choose the preferred weekdays and the number of a week and observe changes in trucks’ schedules. If a truck reaches its maximum load, it drives to the disposal facility, unloads the picked-up garbage, and resumes the tour.

After running the models, they exported the data to an external database, evaluated the results, and compared scenarios.

In this project, SimPlan specialists built models of municipal electric vehicle fleet operations. In the models, they considered two vehicle types: buses and garbage trucks (both conventional, battery- and fuel-cell-powered) and modeled them as agents. To accurately describe the systems’ behavior, they used AnyLogic statecharts and Java for heuristics development.

The company used simulation modeling because it can accurately forecast large-scale EV fleet tasks and assess their daily operation.

Additionally, they gained insight into potential power needs for the charging infrastructure. With these statistics, they could analyze what would happen to the networks’ performance if they had a limited number of charging stations or limits on power in general. Furthermore, they could evaluate how that would impact vehicle schedules.

In the future, SimPlan plans to investigate opportunity charging instead of overnight charging and whether on-demand bus tours (without a certain schedule) can fulfill real-time customer requirements. For day-to-day operations, the company plans to develop the simulation model into a digital twin.

The project and its findings were presented by Dr. Nadia Galaske of SimPlan at the AnyLogic Conference 2021 – Agent-based model to design and support e-mobility transformation for municipal vehicle fleets. 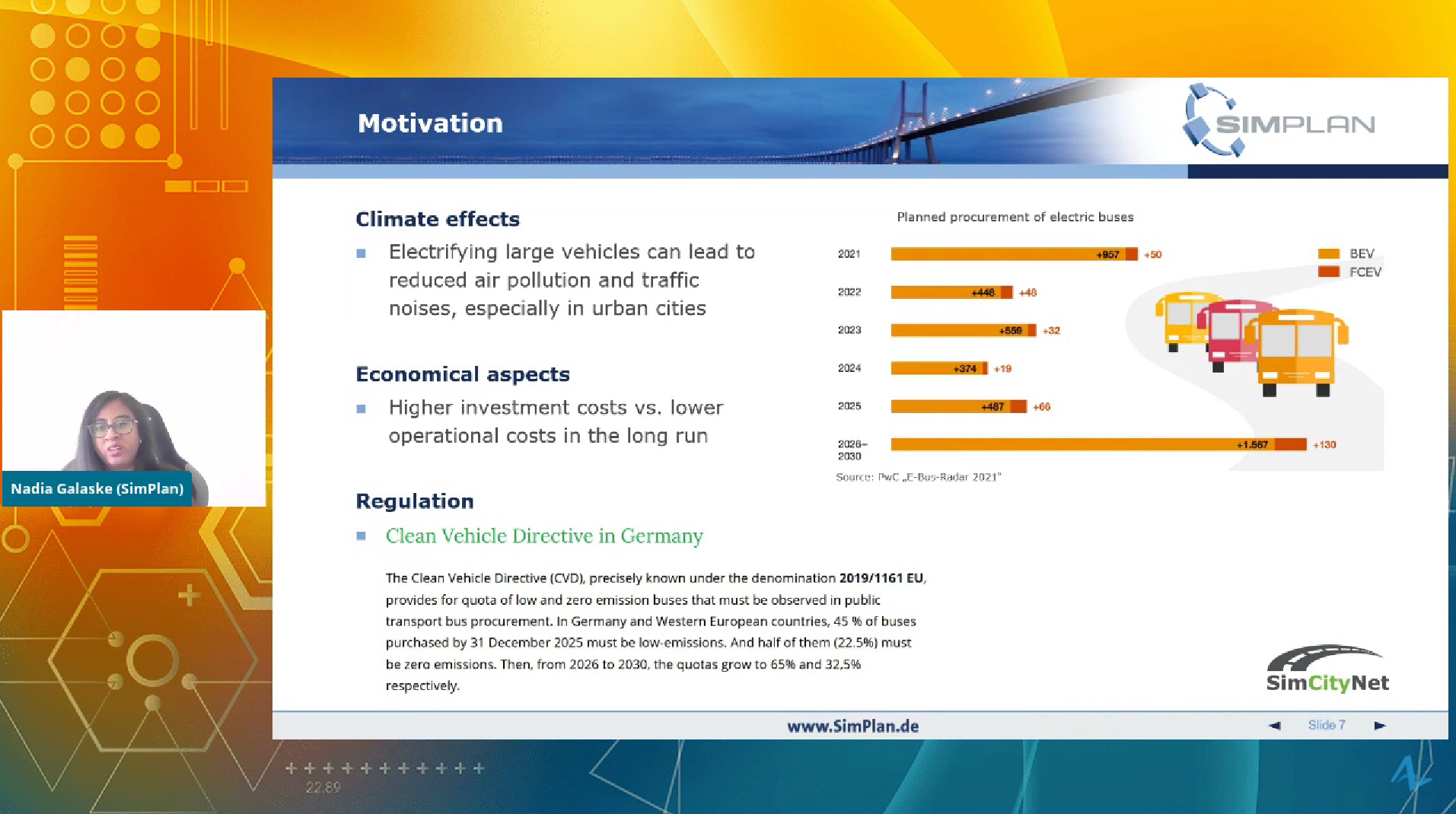