Internal Rail Logistics Simulation for the Port of Le Havre

The Port of Le Havre, the largest container port in France, needed assistance with the construction of a new multimodal terminal. The new terminal would include the area where trains and river barges bring containers for further sea transportation. In this area, cranes move the containers from the carriers and load them onto supporting rail cars that form shuttles, which then carry the containers to sea transports. The movement of these cars was the focus of the simulation model developed by The AnyLogic Company. The simulation model had to compare these two scenarios:

The objective was to measure the costs in each case, the Quality of Service (how long containers remain in the system), and possible improvements in the network structure of the terminal.

The AnyLogic Rail Library was used to model the transportation network. Movements of rail cars, cranes, and other elements of the network were simulated in a low level of abstraction. The consultants had to create two separate models because the two scenarios contained very different logic. The models allowed the user to:

The results included statistics collected for both scenarios. Costs were calculated for different elements of the network, such as locomotives, rail cars, cranes, and dockers. The data on Quality of Service showed that autonomous cars were more efficient and cheaper than passive ones.

By using the simulation models, the customer could compare the two methods of organization of internal rail logistics, chose the optimal one, and estimate the needed amount of rail cars.

The data obtained from the AnyLogic models allowed the customer to prove the feasibility of the terminal construction project to the potential investors. 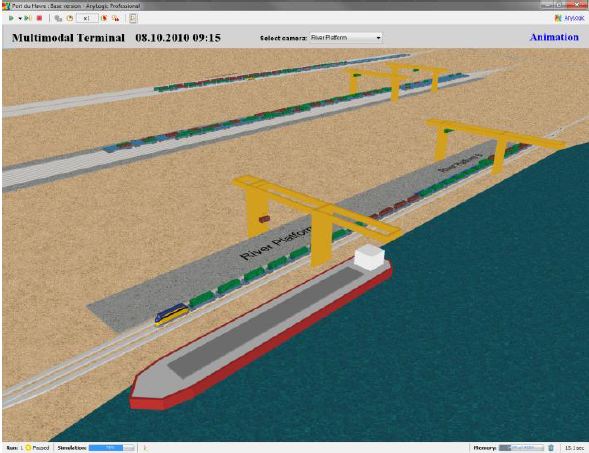 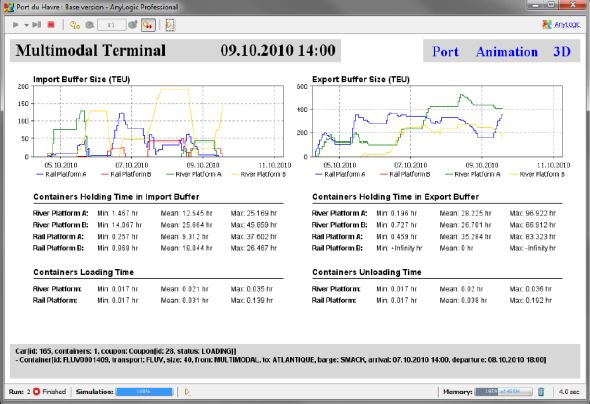